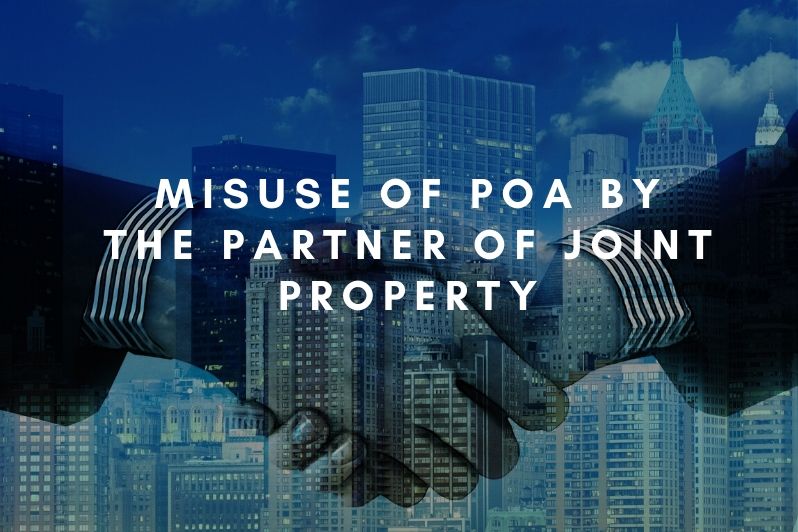 Granting authorization to someone, say, for example, a co-owner to joint property, through a (POA) power of attorney provides considerable power over the property and finances. In the event that the power was abused by the authorized person, the principal, which is the victim of the abuse, can seek the help of a power of attorney lawyer in UAE in order to recover money or property. This article will provide advice for victims and on what should be done to remedy the situation.

What is Power of attorney Abuse?

A power of attorney, regardless of whether it is springing, enduring, general, or any other type, isn’t subject to oversight from a third party and even the court. If the principal has become incapacitated and is no longer capable in monitoring the actions of the agent, the lack of oversight from a legal document that was broadly written makes it incredibly quick and simple of ran agent to abuse the power that has been granted. With that being said, a power of attorney has sometimes been referred to as “the license to steal.”

The Duty of the Agent to the Principal

Just like being a trustee or the agent of a celebrity, the agent under the power of attorney takes on the legal duty in following the directives of the individual providing authority or power. This includes acting as a fiduciary in the event that the person is no longer able to provide directions. In general, this will mean the agent has to act responsibly and he or she has to be trustworthy. The agent also has to make decisions that are ONLY in the best interests of the principal. If applicable, the agent only has to make decisions that are consistent with what the principal would make for his or herself prior to losing the capacity of decision making.

While an agent won’t be receiving any payment for taking on the responsibility and providing assistance to the principal, it is required by the UAE legislation to maintain an accurate bookkeeping and banking record. The agent has to take into account the property and money that will be handled and being handled. Even though every single action is not being monitored closely, individuals concerned can demand for the accounting in the event that there is an allegation for abuse of a power of attorney. Take note, the agent is ONLY going to be accountable to the principal. Even if the principal has become incapacitated, an authorized person isn’t required in providing reports or to account for family members or relatives.

Limiting a Power of Attorney

It’s not necessary for a lawyer to be present in the preparation of a power of attorney; however, having a lawyer around during this crucial process can greatly help avoid abuse of a power of attorney. This is because a lawyer is often experienced in limiting the authority of an agent through the addition of specific terms in the legal document. A lawyer may also allow a third party to exercise oversight of the agent.

Revoking a Power of Attorney

If an agent has abused the powers provided, it can be stopped through the help of a lawyer who can revoke the power of attorney.

Take note: This may only be possible if the principal has legal capacity still.

The general role of the justice system is preventing harm from happening to people and to compensate those in the event that they are harmed. If there is actual abuse that is proven from a POA, legal remedies provided by UAE courts include the following:

Ready to Appoint a Power of Attorney Now?