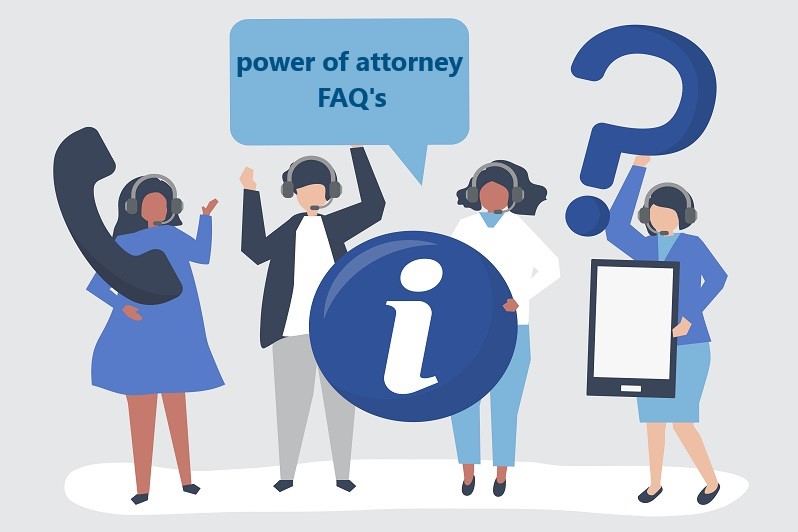 What’s a POA or Power of Attorney?

A power of attorney or POA is a document that’s legally binding. Its primary use is for authorizing a person in acting on behalf of the grantor. A legal relationship is created in which the principal or grantor is the person assigning authorization while the appointed person whose name is on the legal document is referred to as the attorney or agent.

Apart from naming the agent, the document also specifies the actions that an agent can execute for the principal. The powers given to the agent may be broad or limited. For instance, a grantor wants to sell a house but won’t be able to attend for the closing. In this case, an agent is given the power in signing the deed as the grantor is absent. A durable power of attorney, which is common for the elderly, is given to agents to perform almost anything related to decision-making.

Financial institutions, brokerage firms, and banks often require their clients in signing a form confirming that the absent principal is being replaced by an agent for making relevant decisions. If a POA is presented to a power of attorney, it may require a process for the verification of the document and may ask a few questions.

Find more detail about: Setting Up A Powerful Power Of Attorney

What is the meaning of “durable” in a power of attorney?

Unless stated otherwise, all POAs created in the United Arab Emirates are assumed to be durable. “Durable” means a POA is effective even when the grantor of the legal document has become incapacitated. To provide reassurance that the document is durable, a provision can be included that states the POA won’t be affected from the incompetence or subsequent disability of the grantor. The power that is given to an agent can remain effective even when the principal won’t be there in giving instructions or directors to the agent.

Take note: provisions regarding durability may be included and/or the power of attorney may be named as durable. If the principal wishes to make the powers of the agent ineffective upon incapacitation, this should be mentioned in the power of attorney. The POA can also be labeled as limited or specific.

When will a power of attorney become effective?

There are those that choose to create a springing POA. This type of POA doesn’t take into effect until the POA has been triggered by a certain event. This event may be the incapacity of the principal. There are a lot of issues that come with a springing POA. First of all, the agent has to have an affidavit that proves the triggering event actually occurred prior the instance in which the POA can be used.

Although the law dictates that financial institutions have to accept the legally binding document along with the affidavit, a bank would still be reluctant in recognizing the power of the agent or authorized person that is under the springing POA until it has verified the documents. Finally, it is not clear as to whether the document can be accepted by other institutions.

You may want to know: What To Do With An Enduring Power Of Attorney In Dubai

If I send someone a POA, does that mean I’m no longer in control over my finances?

When a person provides another person powers through a POA, the principal still has the right in controlling property, finances, and other matters. But, the agent or authorized person has been given access to what’s stated in the power of attorney. An agent isn’t supposed to use the POA or conduct certain actions without the permission of the principal. But, there is always the risk of an unscrupulous or dishonest agent that goes against the best interests of the grantor. It is, therefore, critical that a principal selects the agent that can be trusted fully. Also, the duties of the agent must be reconsidered many times prior to the signing of the POA.

Can a POA be used in taking property or money without the permission of the grantor?

There’s a risk of an agent choosing to abuse the power of a POA by spending or taking money without the permission or knowledge of the grantor. As the agent is given power in accessing bank accounts or selling property from the power of attorney, a power of attorney shouldn’t be given to someone that you don’t trust a hundred percent.

If you have any other questions that are related to power of attorney Dubai and legal drafting in Dubai, don’t hesitate to consult with Notary Public Dubai.