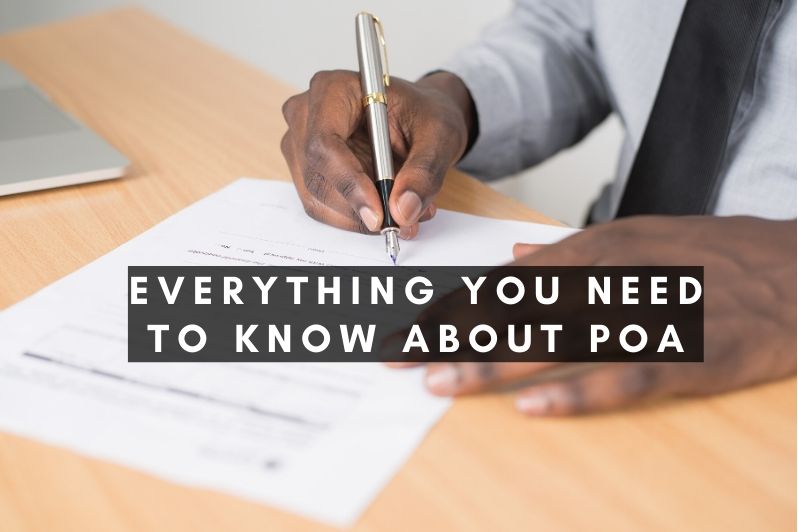 You can assign a person as an agent in the POA and he will have the authority to make the decision on your behalf. The POA will give the agent control over assets of the grantor of authority. If bank accounts are in your name, then your agent will gain access to the account. If you’ve transferred assets to a trust, the trustee has control over the assets.

There are two primary kinds of POA. The durable POA becomes effective after you sign the document, and survives the incapability of the principal. Although the agent is named in advance, the springing POA doesn’t give the agent the authority until the principal is incapacitated. The springing POA is the more attractive option to people; however, it’s much more difficult to utilize. It is because the agent needs to convince financial institutions about the incapacitation of the principal. Even though the power of attorney spells exactly the way in doing that, the local bank may not want to make the determination. A lawyer can help you in this situation. Most attorneys advise clients to utilize a durable POA instead of the springing type. Lawyers in Dubai often hold original copies of POAs until they’re needed in order to give principal extra protection.

People often ask if agents are able to steal money from the principals. The unfortunate answer would be yes. The agent has the access to financial accounts of the principal. He/she can withdraw money for personal use. The agent is allowed to use the assets only for the principal’s benefit or as what’s directed in the document. If an agent misuses a power of attorney, it can be sued for stealing or misusing funds. If the agent, however, spend all the money, The principal may not recover anything.

Depending on the language of the POA, the agent may have the ability to change the bank account ownership or the beneficiary. It is a common scenario in second marriages. Transfers occur when the husbands are dying. If the will of a husband leaves massive amounts of money in bank accounts to children from the first marriage, It is likely that second wife may add herself as the joint owner of the assets. This allows the second wife to carry out POA abuse. She may liquidate the accounts given to the children.

Naming Two Agents in a POA

Consider naming two attorneys-in-fact or agents that will act together on your behalf. Although having two people serving your needs can be cumbersome, It reduces the risk of POA abuse. It ensures that assets go to the designated people by the principal.

If the named agent dies prior to the incapacitation of the principal, there has to be a backup in order to carry out your decisions for you. In addition, it is best to consider a conservator or guardian in a POA just in case it is needed.

This can seem obvious; however, there are those that don’t read important legal documents. It is essential to review the listed powers in the power of attorney. If you want your agent to have the ability to amend a trust that’s revocable which you’ve created, then you need to make sure that it is spelled out in the document. Generally, lawyers advise against. However, you should discuss your specific situation and needs with your lawyer.

Are you considering creating a power of attorney in Dubai? Consult a lawyer to ensure the proper drafting of the POA document.