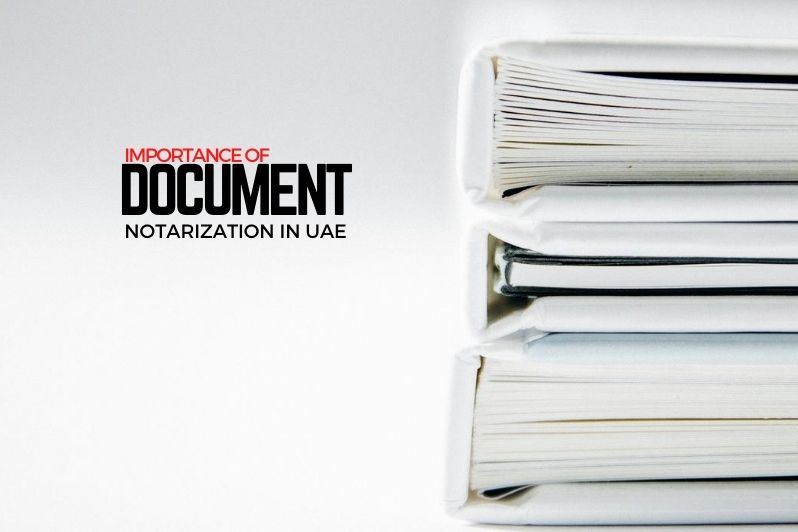 People in the UAE enter into contracts for a variety of reasons like rendering services, buying, and selling. Agreements contain relevant clauses in which both parties need to perform. There are cases wherein a party to a contract ends up having to deal with a dispute as another party has missed or taken for granted a certain necessary element to an agreement.

This is where notarization comes in. Notarization bears a heavyweight on the legality and validity of documents. While the mere signing of contracts already binds a party to a contract, it may not be considered as sufficient proof of consent with the terms laid out in an agreement.

Document Notarization and its Importance in UAE

Take note: Only a notarized document in UAE will be considered as admissible in court as tangible proof. Document notarization is also the way in which business entities utilize in preventing fraud with legal documents and business agreements. Among the documents that are to be notarized in UAE include medical documents, affidavits, wills and trusts, deeds, powers of attorney, and sworn statements.

Different Kinds of Documents that Have to be Notarized

Some documents can’t be enforced legally in UAE if they do not have notarization. This is to protect concerned parties from fraud. Public notaries in UAE ensure that those people who sign documents are the actual ones that are named on documents and they are not forced in signing against their will. Legal documents, typically, require the official seal or signature of a public notary.

If you want to know more about document notarization in UAE, read the frequently asked questions below and/or call us here in Notary Public Dubai to have a quick chat with our team!

What has changed with the Document Notarization Process in UAE?

In the past, documents can be bundled together, allowing us in notarizing multiple documents at once and saving clients legislation fees of the embassy.

But, UAE federal government no longer accepts legislation of bundled documents. Each personal or commercial document has to undergo the notarization process individually.

What’s the Process of Document Notarization in UAE?

The process in notarizing a document in UAE is daunting; however, a public notary can assist you. First, a public notary has to witness the signing and/or stamping of a document. After notarization, a document has to be attested in order for it to be recognized legally and internationally. In UAE, attestation is conducted in Ministry of Foreign Affairs. Certification then has to be secured at the UAE Embassy. Official translation may be needed for documents that are not in Arabic.