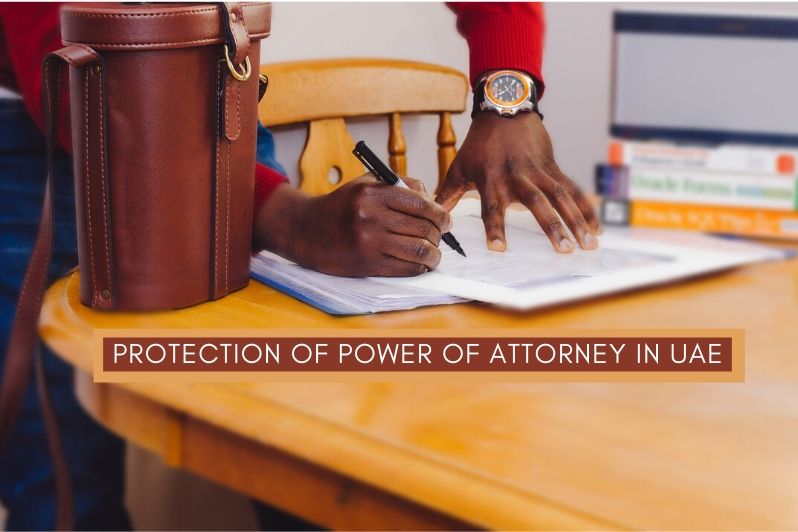 Power of attorney in the UAE is granted to a person given powers, commonly referred to as the agent. The agent is provided by the principal legal power or authority in creating several decisions in the event that the principal becomes unable to him/herself. The laws regarding the creation of a POA vary from the country; however, we will focus on UAE powers of attorney. Before your loved one or even you sign a power of attorney, you need to make sure that you are knowledgeable regarding applicable regulations.

The principal will be the one to set how much power is offered to an agent or attorney-in-fact. The agent may be given power in dealing with only a specific matter. In such case, a POA that’s specific is needed. If the agent will handle nearly all the financial and personal affairs of the principal, then he or she will require to have a general POA in place.

Regardless of the kind of POA granted, an agent is responsible with regards to the maintenance of accurate records for all transactions that are made on behalf of the person assigning powers. The agent or attorney-in-fact will be held responsible as well for distinguishing different kinds of decisions that are made with respect to the authority provided by the principal which has become incapacitated.

There are several kinds of decisions an agent may be able to make, and they include:

Take note: a loved one may also create a different healthcare POA that’s separate from a specific or general POA.

Compensation for the Agent

Normally, the agent authorized by an incapacitated principal is paid. This means the principal has to decide on the amount that will be provided to the agent. There is also the need for determining the pay scale. In the event that the principal does not release the payments that he or she owes to the agent, then the document may be null and void as the principal did not perform his or her obligation as per the legal contract.

Also, if the principal has not stated any payment for the agent, the court may determine the amount that the agent will earn.

Take note: the court can not raise the amount that is above the fixed percentage of value of the property of the principal.

Who the agent should be in a POA?

The agent or attorney-in-fact may be an adult child, spouse, parent, relative, or most trusted friend. It can be any individual so long as the agent will act with the best interest of the principal in mind. It has to be noted that actions of an agent will be considered legally to be of the principal; therefore, the principal has to select a trustworthy agent. It is especially important since a POA in UAE isn’t regulated by court system. This means it will make it easy for an agent to misuse the power(s) that is/are provided to him or her. In the legal document, the principal always has to use restrictive language and include the following clauses:

If possible, the agent has to be made aware as to where copies and original document are kept for the power of attorney. This is because incapacitating accidents aren’t predictable. They can happen any time or at any age. This is why it is extremely crucial for any individual to select the agent, create a clear legal document, and understand all the ways as to how the document may be terminated or challenged.

Protecting a POA in UAE

If the principal already selected an agent and truly believes a POA may be challenged in the future: it’s essential for the principal to protect the legal document by:

In the UAE, there are a lot of ways to protect a power of attorney, which is a crucial document. Call us today if you wish to talk to our seasoned, skilled, and dependable lawyers regarding powers of attorney in UAE.