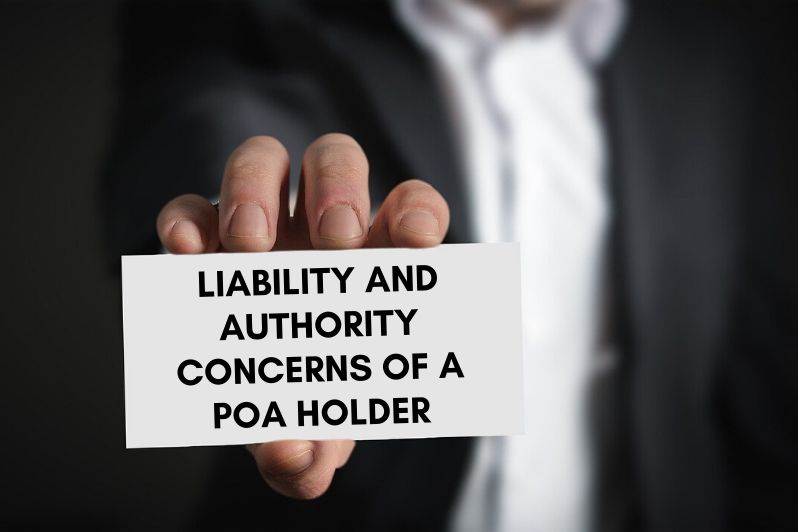 Your role as a power of attorney holder for an incompetent or incapable person has to be taken seriously. It brings forth responsibility, and even potential liability. When you are named as the attorney-in-fact or the agent to a power of attorney, it is advised that you carefully review relevant statues so you fully understand your responsibilities as well as the authority you acquire.

Following your review of the statutes as well as the POA, you may still be uncomfortable regarding your responsibilities and powers as a POA holder or agent to a power of attorney in UAE. If so, then talk to an experienced and reputable attorney. An attorney is an expert in legal documentation and can review your POA to give you clarifications regarding your role.

As you’re operating as a power of attorney holder in UAE, there are various issues that may arise. Below is a list of examples of the most common issues that you may face.

As a power of attorney is created and legalized, third parties that you will be dealing with are to be notified. Third parties include brokers and bankers among others. You would want to make sure they’ll honor the document. They may require you to sign their own POA. Of course, the principal also has to sign. In this case, when the principal isn’t able to sign, you may have trouble in carrying out certain tasks. We also suggest, in this case, to speak to a lawyer or legal consultant in UAE as the professional can provide you with more specific advice that’s tailored to your situation.

A Third Party Requires Proof of the Power of Attorney

A third party you’re dealing with may require you to complete a form of affidavit testifying you’ve been given by a power of attorney as an agent and the power of attorney hasn’t been revoked or changed. The form may also want you to state that the principal is alive and you’re acting in the best interests of the principal. The statute authorizes third parties in requiring affidavits, which is why you should make sure you’re able to provide such affidavits.

If a decision has been or is going to be made by an agent which is unpopular, you are to expect criticism and this is actually quite common. If you suspect that there will be trouble or conflict, you can seek the approval of a local court in order to make sure that you are performing your duties legally. Take note: seeking the approval of the court has to be done prior to making an unpopular decision.

I am in need of Professional Advice and Guidance. How may I be Able to Pay for the Legal Counsel?

Processes for hiring and settling dues of attorneys and other professionals e.g.  financial advisors and accountants are often addressed in powers of attorney. There are instances wherein it’s not mentioned in a POA. Statutes allow reimbursement for costs that are incurred by the agent of a POA while performing the duties assigned by the legal document.

What are Things that I Won’t Have power to perform?

An agent to a power of attorney in Dubai won’t have the authority (unless specified or provided for in the POA document) to alter annuity, life insurance, or any other similar contract beneficiary designation. An agent won’t also be able to register securities in the form of beneficiary. In addition, an agent can’t amend a trust agreement. These mentioned are only a few of the limitations. Make sure you read the statute as well as the POA document so you’re fully aware of your limitations as the POA holder. Depending on certain circumstances, people will include specific limitations, most especially with respect to gift-giving.

An agent or POA holder can’t make gifts using the property of the principal unless gifting is specified in the POA. Multiple statutes can apply in this situation. If you plan on giving gifting authority onto an agent of yours, you should discuss details with an experienced lawyer in UAE.

Gifts from principals to agents often raise several different kinds of issues. The gift recipient, the agent, has a burden of proof: convincing, clear, and cogent evidence is required in convincing the court that a gift was provided for by the POA and it’s not a result to undue influence.

As powers or authorization is provided to another person or entity, it is best to be very wary of being involved in a power of attorney, regardless of whether you are an agent or principal. To protect your best interests, call us for advice on power of attorney drafting in UAE.