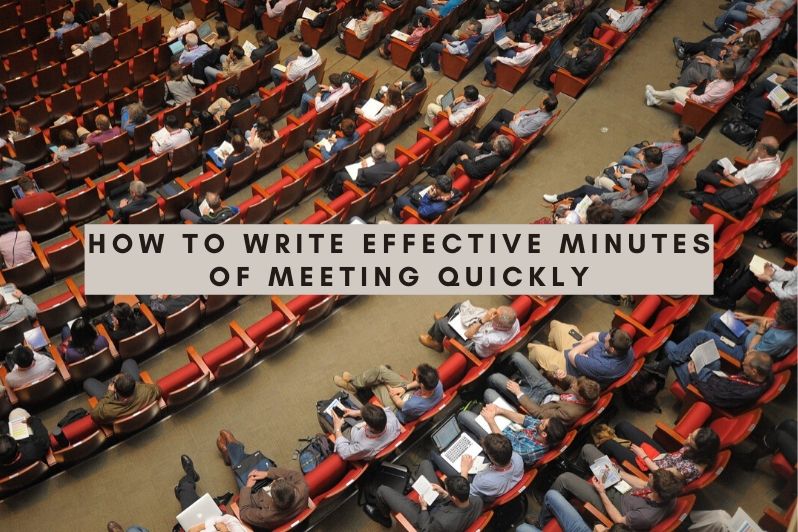 writing excellent minutes of meetings during board meetings is both important and fulfilling. This type of document is more than just a general account of the discussions that took place in a meeting as it also serves as the official record for the Board of Directors meeting. Minutes of meeting in UAE can be used in various ways such as detailing of future plans, serving as the company’s reference point, and tracking progress of the company. Among other things, the meeting minutes is to show the record for votes and motions.

Step 1: Make Sure You’ve Made Preparations for the Meeting.

To learn how to write minutes of meeting, it is important for you to note that each business records minutes a bit differently. This is the reason why it is best to have a discussion or consultation with the president of the board regarding the expected and/or current formats that are utilized by the organization. If possible, review all past meeting minutes in order for you to get the template that the company prefers. Ask the president of the board of a copy for the meeting’s agenda as well as the guests, speakers, and all other attendees.

Unless the company needs you to type some notes during the meeting, you’ll have two options: type them or write them on paper. With the use of a format for minutes of meeting, you will be able to maintain a more structured record of the meeting. The two important things that you should know with writing minutes of meeting is the crucial information that you have to record as well as the best way in presenting it.

In order for you to write minutes of meeting, there is a need to include the following aspects:

After the meeting, you would want to create the official or formal record as everything is still fresh not only in your mind but also to those who attended the meeting a well. It is, therefore, best to prepare the record immediately.

Review the agenda in order for you to gain a complete scope of the board meeting. It is best to review all actions, votes, motions, and decisions to provide further clarification. You can edit the record in order for the minutes of meeting to be clear, succinct, and comprehensible.

It is better as well to attach all of the documents which were handed out or referred to during the meeting onto the official copy instead of giving a summary in the minutes.

Step 4: Have the Minutes Signed and Filed.

As part of understanding how to take proper minutes of meetings, you’re to follow the protocols and by-laws of the company for storing the document. It is best if you have back up copies in print, in a board portal or hard drive.

The secretary of the board can also share the minutes. Ensure that the president of the board has given the approval for the document prior to sharing it online or in print.

Common Mistakes with the Creation of Minutes of Meetings